Shincheonji Church of Jesus, an international church group with more than 200,000 members worldwide, hosted an interfaith live-streamed prayer event in more than 73 countries on Sunday for the eradication of the COVID-19 pandemic and to aid governments, medical personnel and patients fighting the virus. People from various Christian denominations and religions participated in this large-scale online event.

Mr Man Hee Lee, the chairman of Shincheonji Church, called for this past weekend to pray for our global society affected by the ongoing pandemic. The event was held simultaneously around the world with more than 200,000 attending from countries across the globe, including hundreds from southern Africa.

Mr Lee, who is also the founder of the global peace advocacy group registered with the UN called HWPL (Heavenly Culture World Peace and Restoration of Light), said in a statement that all people of faith should gather to pray for an effective and quick end to the pandemic that is devastating the world, and for an effective vaccine to be made available worldwide as soon as possible. With himself being a leader of a large international church, with its origins in South Korea, he urged members of his congregation in countries across the globe, worldwide partners of HWPL, and every person of faith with a willing heart, to participate in this prayer initiative.

The prayer event was broadcasted live on YouTube at 8am in South Africa on Sunday. Many religious leaders from southern Africa answered this call for prayer and joined with the global faith community in what can be described as a united response of love and cooperation for those suffering from COVID-19 in both Africa and the world over.

“The significance of praying together as religious leaders, it’s incomparable. It’s high time that we unite in prayer and when we unite in prayer, miracles begin to happen,” Rev Phumzile Stofile, Vice Chairperson of the ANC Chaplaincy in South Africa said yesterday after the prayer event.

Mr Lee said that the Global Prayer Event is especially meaningful in that it transcends different Christian denominations and religions to take charge in overcoming this crisis. Shincheonji church was severely hit in February this year with thousands of its members being infected by COVID-19 and lead to great distress, with infections rising in South Korea.

“Too many people are suffering because of COVID-19, especially with those who were infected in church last February that cause distress to the members and the citizens (of South Korea),” Mr Lee said. “We should actively put in our effort and pray to God for the people, and for the pandemic to end. I urge every person of faith around the world to also gather their heart and pray so the whole world can come out of the suffering cause by this plague.”

The prayer event took place ahead of Shincheonji church’s third blood-plasma donation drive, where 4,000 of its members who fully recovered from COVID-19 will participate from November 16. Blood plasma is required for developing plasma treatment for those infected with the coronavirus. The church has already conducted two similar donation drives in July and September.

“We are grateful for the active participati 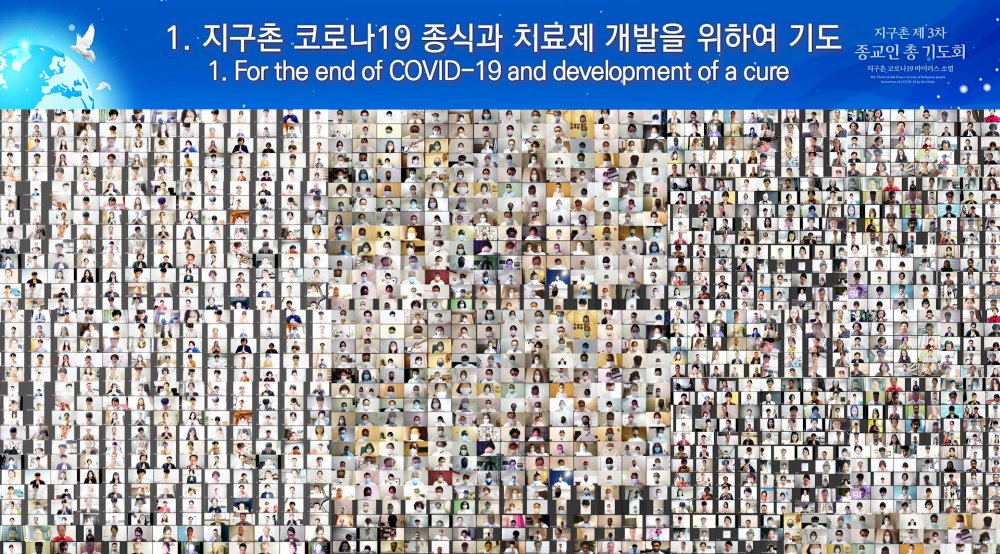 on of Shincheonji, and for cooperation of the City of Daegu and the Korean Red Cross,” Mr Kwon Joon-wook deputy director of the Central Disaster and Safety Countermeasure Headquarters in South Korea said in a press statement.